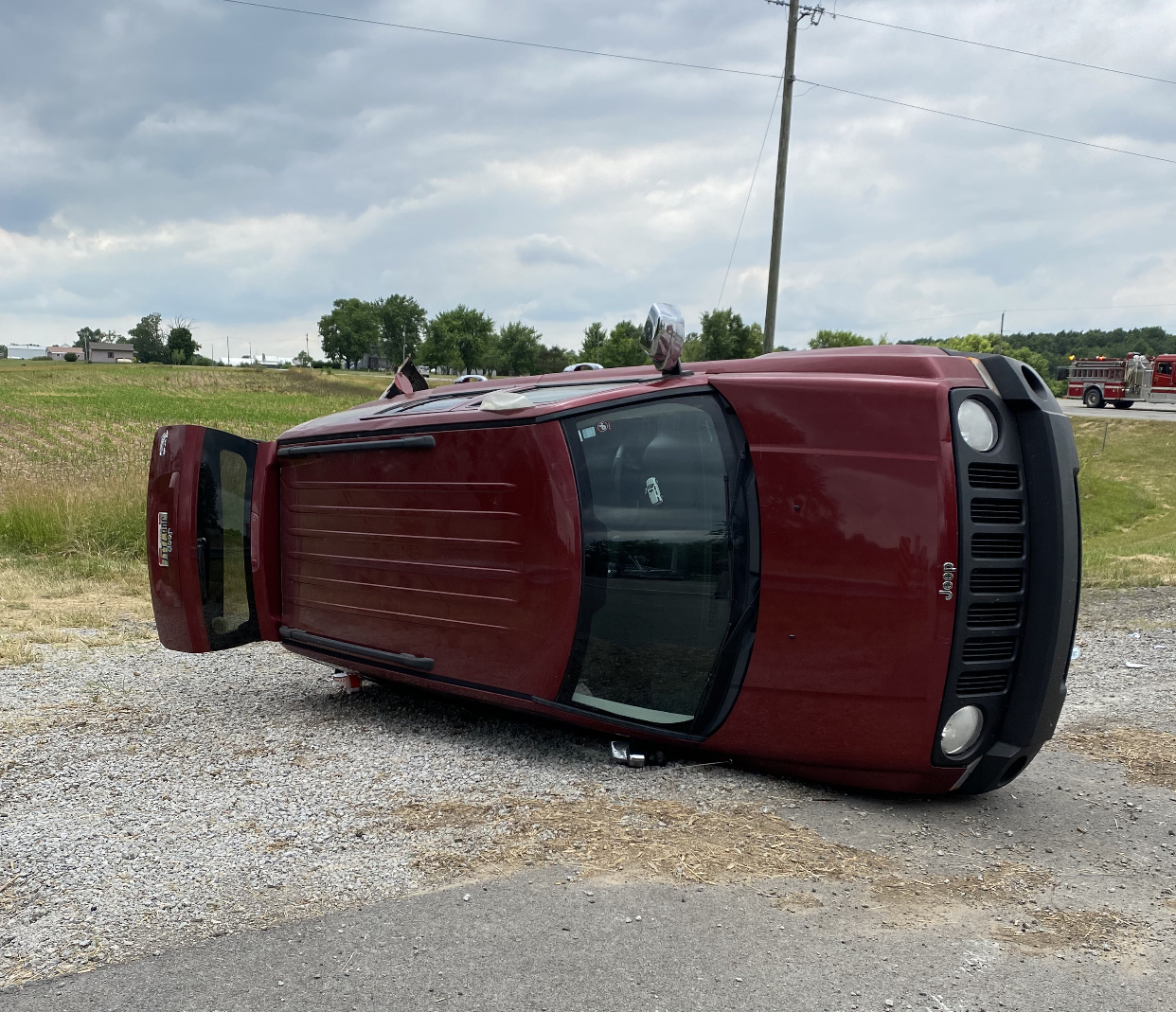 DEKALB COUNTY, IN – Three people were taken to the hospital for treatment following a crash Sunday afternoon.

According to the DeKalb County Sheriff’s Department, the accident happened at the intersection of State Road 101 and State Road 8 just before 2:30 PM.

Authorities say Francisco Jimenez, of Hicksville, Ohio, was driving south on 101 when he failed to yield to a stop sign.

Reports indicate Jimenez crossed into the path of 46-year-old Jessica Warren, also of Hicksville (Ohio), who was driving west on 8. The impact of the crash caused his car to flip onto it’s side.

Jimenez and his two passengers, identified as 30-year-old Matildo Lopez and 19-year-old Karina Jimenez, were brought to the hospital for treatment. Francisco and Karina Jimenez were discharged from the hospital. Lopez was last listed in stable condition.

Warren was not injured.

Authorities say both cars are considered total losses as a result of the accident.